This year there will be SIX groups roleplaying within the Faire regions, weaving special storylines tied to the Fairelands. We will be following their path here on the blog, but you can also catch them and perhaps even join them in the Fairelands!

We are delighted that three groups are returning from last year’s Fantasy Faire.  Once again we will have a dark steampunk adventure from the NeoVictoria Project, a dark roleplay from Sanctuary, and the group based around the Escapades region, who this year return as the Lilypods (who have previously appeared as the Rickety Weasels and the Children of Echtra).

And these groups are joined by three more: from the dystopian roleplay of Outbreak, from the elven realms of Steelwood, and from the Celtic mystical world of Ynys Seamaide.

So, as you can see, this year we’ll be encountering a wide variety of Fantasy genres.

There’ll even be an appearance from Mr Biggins, the heroic adventurer who originated in New Babbage.

So what is planned for this year?

The world as we once knew it came to an end two years ago with the outbreak of a viral infection that swept across the world leaving it in ruins. There was no cure for the virus that decimated the landscape.

When a radio message ignites the airwaves, promising salvation and a cure once thought beyond their reach, a rag-tag group of citizens from the small island traders-town of Arklay make the long and dangerous journey to San Mora. Once home to the largest pharmaceutical companies in the country, today you find San Mora lightly populated by those left behind.

But all is not as it seems in San Mora…

The Lilypods of Mudrana live in the Land of the Lilypad providing music, song, and mischief in praise to the godfrog.  Legends tell that should the godfrog falls asleep, the pond will dry out, and everything in the land would perish. The Lilypods provide instruments and entertainment to aid the frogs of Mudrana that croak and sing to preserve their world from death.

But now a new mystery, a strange stone said to trap a magical memory within, has been uncovered.  What secrets may lie within?

What adventure may await the Lilypods should they choose to unleash the wish inside?

Thousands of years ago, an ancient nemesis was defeated, but not entirely destroyed. That enemy once more stirs, and seeks to return and to steal away Sanctuary for themselves!

In the darkness and secret passageways of the past, the way to defeat this terror lies …

But will the answers be found once more in time?

Ynys Seamaide at The Spirit Pool

It is said that Ynys Seamaide stands upon the grounds of the last great battle of the Elder ones, the Tuatha da Dana and the Femorians. The land holds the key to their banishment. For years, Seamaide has been a haven for those seeking a peaceful life. Its waters, it is said, are doorways to other realms. Behind a reflection in each pool lies a new world, a secret that should have been better kept. And now, a thrall of the Elder race, a dark sorceress, has poisoned the land, turned life against itself. There is yet hope, however, as the Envoys of Seamaide have traveled to the Spirit Pool in search of answers and healing. Will you help them find the cure?

Come join our story and make us part of yours

Steelwood at The Hill

The life runs nice in the small village, people deal with daily issues and are happy of their simple life. One day a star appears in the sky, a new star more bright than everything seen before. Astonishment and wonder spreads through the crowd… but this is just the start. Something else is hidden behind that event, something that will change their lives forever.

Roleplay will be fantasy – medieval based, slightly realistic without too much magical classes or races … and will be not scheduled as to how it ends.

The players will decide how the story will end!

The NeoVictoria Project at Anansi

Through the portal the NeoLondoners make their way to the circus realm of Anansi.The high-wire is  raised as its troupe of performers prepare their acts and the show begins!

Come and join in the fun of the steampunk/sidhe crossover roleplay, this year with a fantastic circus setting!

Read more about the NeoVictoria Project at Anansi here!

For the best view of the calendar, select the AGENDA view. 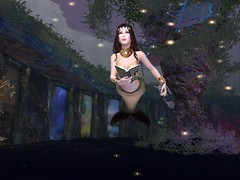